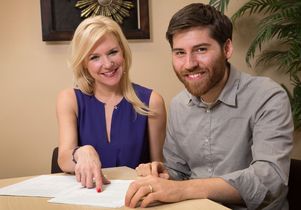 Why do opponents of same-sex marriage really oppose it? A UCLA psychology study published online today in the journal Psychological Science concludes that many people believe gay men and women are more sexually promiscuous than heterosexuals, which they may fear could threaten their own marriages and their way of life.  The researchers surveyed 523 men and 562 women, 27 percent of whom oppose same-sex marriage. In one part of the study, subjects took a test designed to reveal whether and to what extent they associate images of gay couples with words and phrases like “promiscuous” or “one-night stand.” On sensitive topics, people often tell researchers what they think they should say, rather than what they really believe.

“If you have a hard time disassociating ‘gay’ and ‘promiscuous,’ it will take you longer to respond when ‘gay’ and ‘monogamous’ are paired,” Haselton said. “What people are willing to say about links between sexual promiscuity and sexual orientation and their reaction times tell a very similar story.”