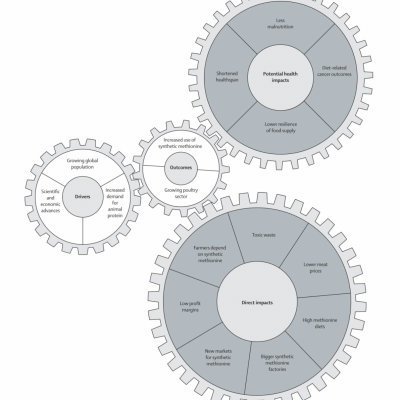 Methionine is an amino acid that humans and farm animals must derive from food. This metabolite, a tightly regulated resource in ecosystems, has become a mass commodity in the global economy, with well over 1 million tons being produced annually from petroleum to fortify livestock feed. Viewed from the standpoint of planetary health, anthropogenic methionine synthesis is an important enabler of low-cost animal protein production, with interdependent but unexamined effects on human health and ecosystems. At a time when agrochemical engineering is shifting the way sulphur is assimilated and moves up our food chain, research suggests that dietary methionine restriction alone captures many healthspan benefits noted with calorie restriction. As such, methionine synthesis is an excellent exemplar of planetary scale anthropogenic activity that manifests at the molecular scale of cellular metabolism, with potential systemic effects on human health. 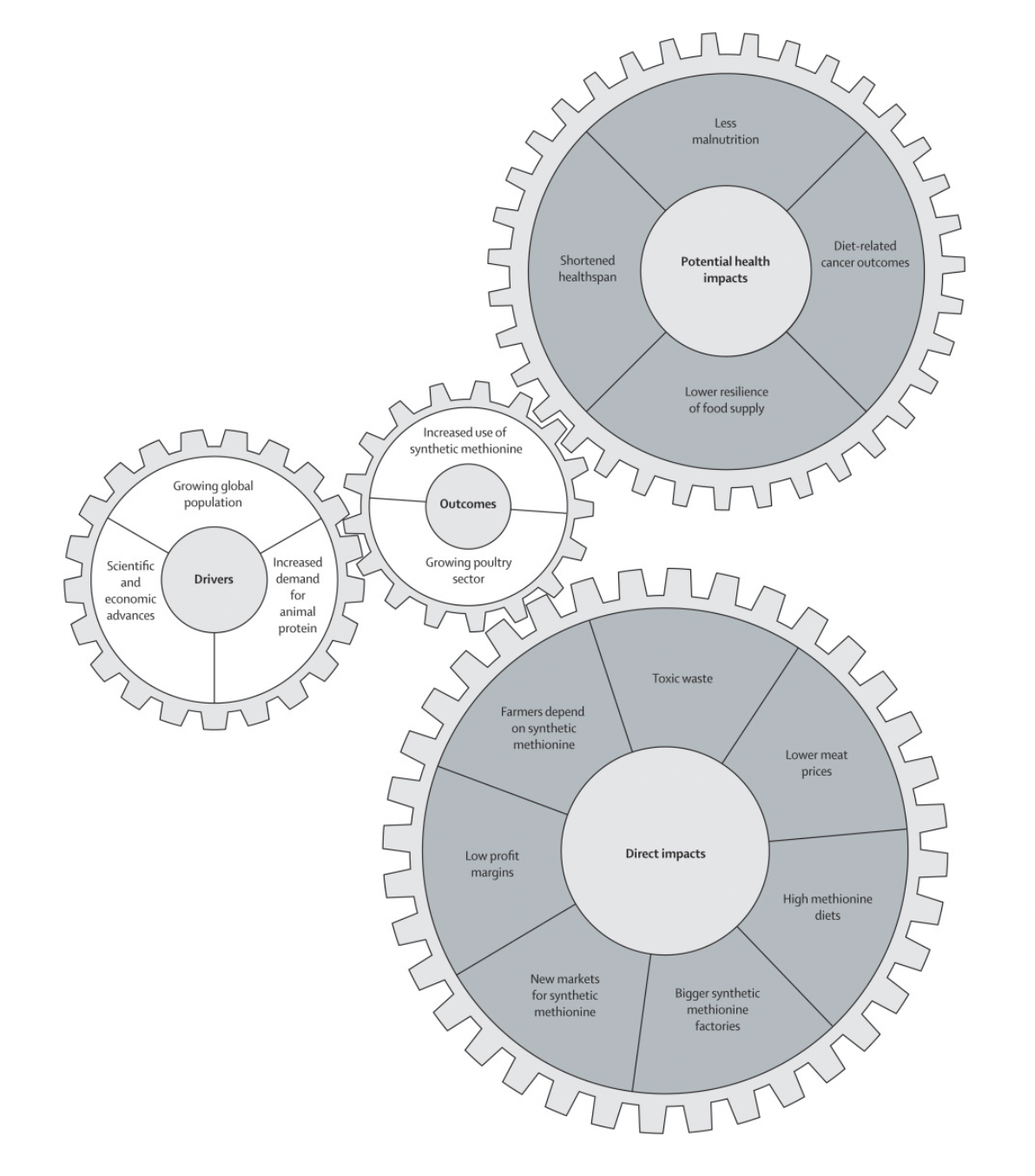