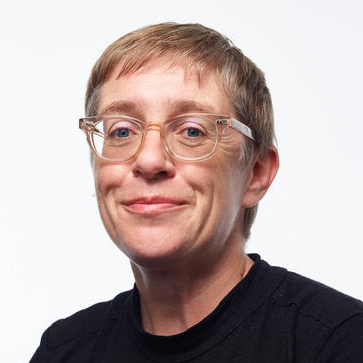 Hannah Landecker uses the tools of history and social science to study contemporary developments in the life sciences, and their historical taproots in the twentieth century.  She has taught and researched in the fields of history of science, anthropology and sociology.  At UCLA she is cross-appointed between the Institute for Society and Genetics, and the Sociology Department.  She is currently working on a book called “American Metabolism,” which looks at transformations to the metabolic sciences wrought by the rise of epigenetics, microbiomics, cell signaling and hormone biology.

Landecker’s work focuses on the social and historical study of biotechnology and life science, from 1900 to now.  She is interested in the intersections of biology and technology, with a particular focus on cells, and the in vitro conditions of life in research settings.

“From Social Structure to Gene Regulation, And Back: A Critical Introduction to Environmental Epigenetics for Sociology,” (with Aaron Panofsky), Annual Review of Sociology 39:333-357, 2013.

“When the Control Becomes the Experiment,” Limn 3: Sentinel Devices, 2013.  here.

“The Metabolism of Philosophy, in Three Parts,” 193-224 in Dialectic and Paradox: Configurations of the Third in Modernity, B. Malkmus and I. Cooper, eds., Bern: Peter Lang, 2013.

“Creeping, Dying, Drinking: The Cinematic Portal and the Microscopic World of the Twentieth Century Cell,” Science in Context24(3):381-416, 2011.

“On Beginning and Ending with Apoptosis: Cell Death and Biomedicine,” in Remaking Life and Death: Towards an Anthropology of the Life Sciences, edited by Sarah Franklin and Margaret Lock, School of American Research Press, 2003.

“New Times for Biology: Nerve Cultures and the Advent of Cellular Life in Vitro,” Studies in the History and Philosophy of Biological and Biomedical Sciences, 33:667-694, 2002.

“Between Beneficence and Chattel: The Human Biological in Law and Science,” Science in Context 12(1): 203-225, 1999. Reprinted in Law and Science, Volume II: Epistemological, Evidentiary, and Relational Engagements, International Library of Essays in Law and Society, Susan Silbey, ed., Ashgate Publishing, 2008, pp. 181-204.

“Screen for Enhancers of Polycomb and Polycomblike in Drosophila Melanogaster,” (with Donald Sinclair and Hugh W. Brock), Developmental Genetics 15:425-434, 1994.