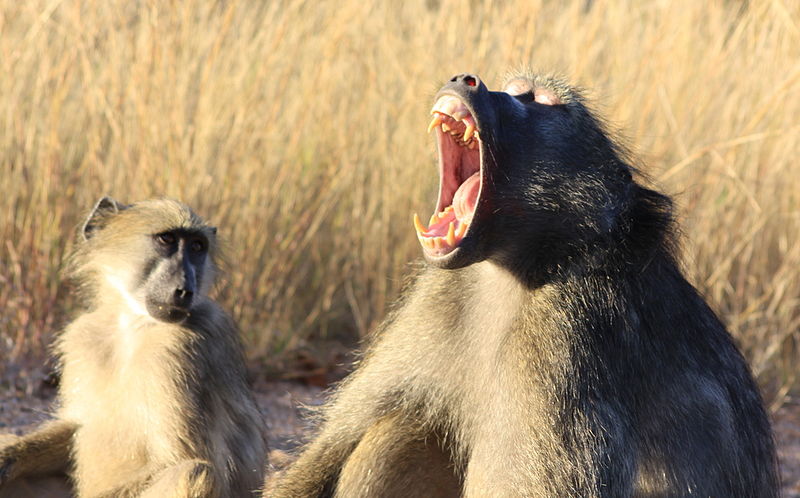 After observing the mating habits of chacma baboons living in the wild over a four-year period, researchers have found that males of the species often use long-term sexual intimidation to control their mates. The findings suggest that this mating strategy has a long history in primates, including humans, and may be widespread across social mammals — especially when males of a species are typically larger than females.

“This study adds to growing evidence that males use coercive tactics to constrain female mating decisions in promiscuous primates, thereby questioning the extent of sexual freedom left for females in such societies and suggesting that sexual intimidation has a long evolutionary history in primates — a taxonomic group that of course includes humans,” says Alice Baniel at the Institute for Advanced Study in Toulouse, France.