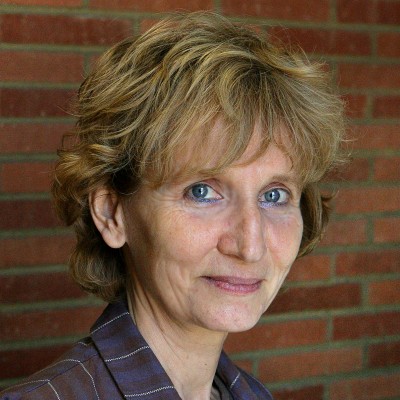 Soraya de Chadarevian is Professor in the Department of History and the Institute for Society and Genetics. She is a historian of science, technology and medicine with background in biology and philosophy. Her main area of interest are the life sciences in the twentieth and twenty-first century. Her research has been supported by numerous grants, including most recently by a scholar award from the National Science Foundation (2015-2021). She has held fellowships and visiting appointments at the Walther Rathenau Program and the Max Planck Institute for History of Science in Berlin; at La Villette and the École des Hautes Études en Sciences Sociales in Paris; at the Hamburg Institute for Social Research; at Churchill College Cambridge and at the Institute for Advances Studies in the Humanities at the University of Edinburgh. Before joining the faculty at UCLA, she was a senior research associate and affiliated lecturer in the Department of History and Philosophy of Science at the University of Cambridge (1991-2006) where she keeps the status of an affiliated scholar.

She is interested in the material and visual practices in the life sciences and the place of these sciences in the broader culture as well as in historiographical issues. She has worked extensively on the history of molecular biology and the complex scientific, institutional, political and cultural processes that contributed to the development of the new science with its broad implications for our understanding of the production and reproduction of life. Her publications on this topic include the monograph Designs for Life: Molecular Biology after World War II (Cambridge 2002; paperback 2011); the exhibition catalogue Representations of the Double Helix (Whipple Museum 2002); the co-edited volume Molecularizing Biology and Medicine: New Strategies and Alliances, 1910s-1970s (Harwood 1998); three co-edited journal issues as well as numerous articles and book chapters. Other publications include the co-edited volume Models: The Third Dimension of Science (Stanford 2004) and a book on the philosophy of the French phenomenologist Maurice Merleau-Pont (Zwischen den Diskursen, 1990). More recently, she has published on the use of genetic evidence in history, on questions of the archives, on genetic studies of human populations, and on histories of data and the database.

Her most recent monograph Heredity under the Microscope: Chromosomes and the Study of the Human Genome (Chicago 2020) is a study of the postwar history of human heredity, told from the vantage point of chromosomes. Today chromosomes are understood as macromolecular assemblies and are analyzed with a variety of molecular techniques. Yet for much of the twentieth century, researchers studied chromosomes looking down the microscope. Making space for microscope-based next to molecular approaches to human heredity, the book investigates the many fields – from radiobiology and toxicology to cancer research, clinical diagnosis, gender testing, criminology and the study of human populations – where genetic explanations where taken up or resisted. By following chromosomes and the images that traveled with them, the book sheds new light on how genetic evidence gained prominence in the atomic age and beyond.

She teaches courses on genetics and society and on science as a way of knowing at ISG as well as introductory and advanced history of science, technology and medicine courses for undergraduate and graduate students in the Department of History.

Heredity under the Microscope: Chromosomes and the Study of the Human Genome (University of Chicago Press, July 2020).

“Heredity and the Study of Human Populations After 1945.” Special issue, guest-edited with J. Bangham, Studies in History and Philosophy of Biological and Biomedical Sciences 47 (2014) 45-190.

“Disciplinary histories and the history of disciplines: the challenge of molecular biology.” Special issue, co-edited with H.-J. Rheinberger. Studies in History and Philosophy of Biological and Biomedical Sciences 40:1 (2009) 1-71.

“Molecular Biology in Postwar Europe.” Special issue, co-edited with B. Strasser, Studies in History and Philosophy of Biological and Biomedical Sciences 33:3 (2002).

Introduction: “Molecular biology in postwar Europe: towards a ‘glocal’ picture”

“The Tools of the Discipline: Biochemists and Molecular Biologists.” Special issue, co-edited with J.-P. Gaudillière, Journal of the History of Biology 26:3 (1996).

“Normalization and the search for variation in the human genome,” in: Southern Oceanic Topologies and Genealogies. Special issue edited by W. Anderson and S. Lindee, Historical Studies in the Natural Sciences 50/5 (2020), 578–595.

“DNA and history,” in: Ben Fletcher-Watson and Jana Phillips, eds. Humanities of the Future: Perspectives from the Past and Present, Edinburgh: IASH Occasional Papers, vol. 21, pp. 139-145.

“Normalization and the search for variation in the human genome,” in: Southern Oceanic Topologies and Genealogies. Special issue edited by W. Anderson and S. Lindee. /Historical Studies in the Natural Sciences /50 (2020), 578–595.

“‘It is not enough, in order to understand the Book of Nature, to turn over the pages looking at the pictures. Painful though it may be, it will be necessary to learn to read the text:’ Visual Evidence in the Life Sciences, c. 1960,” in: B. Bock von Wuelfingen (ed.), Traces. Generating What Was There (Berlin: De Gruyter 2017) 55-64.

“The future historian: Reflections on the archives of contemporary science,” Studies in History and Philosophy of Biological and Biomedical Sciences 55 (2016) 54-60.

“Chromosome surveys of human populations: Between epidemiology and anthropology,” Studies in History and Philosophy of Biological and Biomedical Sciences 47 (2014) 87-96.

“Things and the archives of recent sciences,” Studies in History and Philosophy of the Biological and Biomedical Sciences 44:4 (2013) 634-638.

“Microstudies versus big picture accounts?” Studies in History and Philosophy of Biological and Biomedical Sciences 40:1 (2009) 13-19.

“Of Worms and programmes: Caenorhabditis elegans and the study of development,” Studies in History and Philosophy of Biology and Biomedical Sciences 29:1 (1998) 81–105.

“Using interviews for writing the history of science,” in T. Söderqvist (ed.), The Historiography of Contemporary Science and Technology (London: Harwood Academic Publishers 1997) 51–70.

“Laboratory Science versus Country-House Experiments. The Controversy between Julius Sachs and Charles Darwin,” British Journal for the History of Science 29:1 (1996) 17–41. [Japanese translation in Newsletter of the Japanese Society for Plant Physiology 43:11 (2002) 51–82.]

“Graphical method and discipline: Self-recording instruments in nineteenth-century physiology,” Studies in the History and Philosophy of Science 24:2 (1993) 267–291.